My first time being in Texas, the Lone Star State, what better way than doing a food tour in Austin, on track to be the best BBQ city, with over 700 food trucks and a progressive food scene! I joined the Bold Food Austin Tour for four days (April 20-23, 2017) of non-stop eating as we devoured Austin’s culinary scene.

We all arrive to Austin and check-in at the InterContinental Stephen F. Austin, a four-star luxury hotel right at the heart of downtown near the Texas State Capitol, the Convention Center and right next to the Paramount Theater. When you check-in, you get a welcome gift bag from Bold Food with a bunch of goodies, some of which are Texas-related.

I stayed in one of their Classic Rooms which was very spacious. The Queen-sized bed and pillows were all so comfortable, I had such deep sleeps in the 3 nights I stayed.

Four events were happening during our visit: Moontower Comedy Festival, MotoGP, Ob/gyn convention and the Statesman Cap 10K. The hotel was very busy indeed especially since it was the Moonlight Comedy Festival‘s homebase for actor interviews, after parties, etc. We got to see popular comedians like Patten Oswolt, Brian Posehn, Margaret Cho at the lobby. 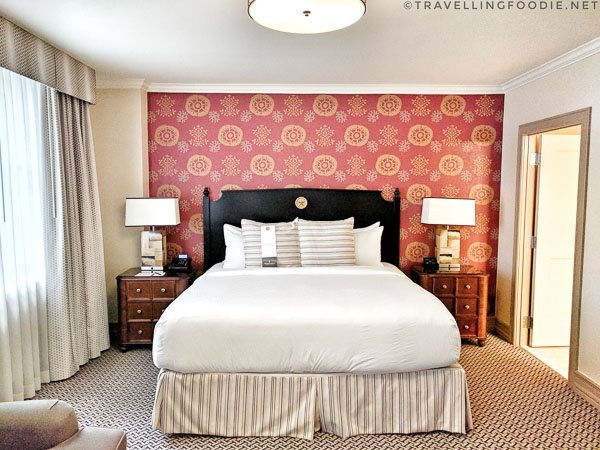 East Side King at Liberty

Everyone met in the hotel lobby at 6PM. If you haven’t met Muffie at check-in, you’ll meet her here. She’s a neuroscientist turned culinary instructor, and now tour host as well, and one of the most legit foodies I know. In her foodie resume is deciding to go on a last minute trip to Copenhagen when a friend scored extra seat for Noma.

Once everyone’s ready, we headed outside to meet Michael Lawsage of Texas Hill Country Charter and Limousine who will be taking us around in a tour van for the rest of the tour.

We got to try 8 of the 12 items on the menu – it was quite a feast! This was just a precursor to how much food we’ll be having for the rest of the tour! 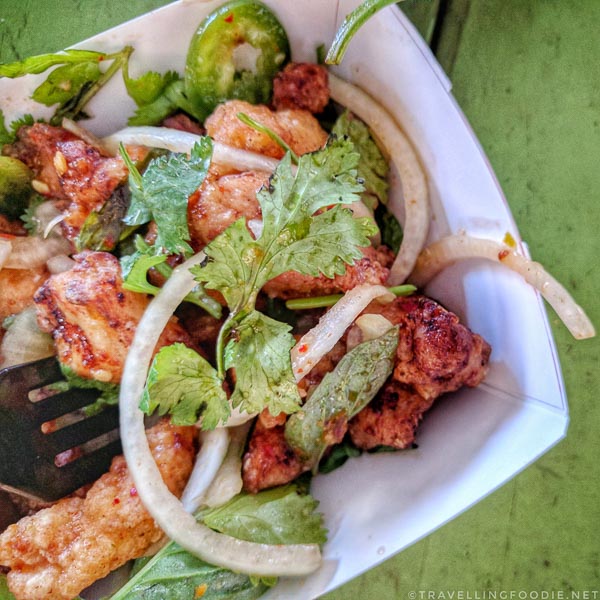 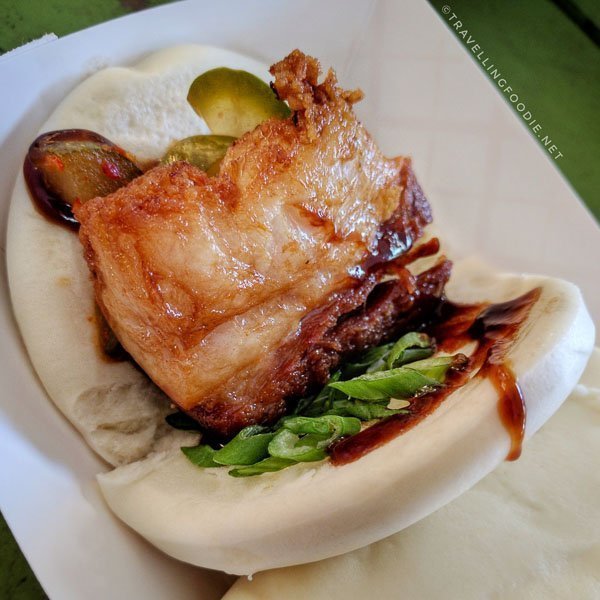 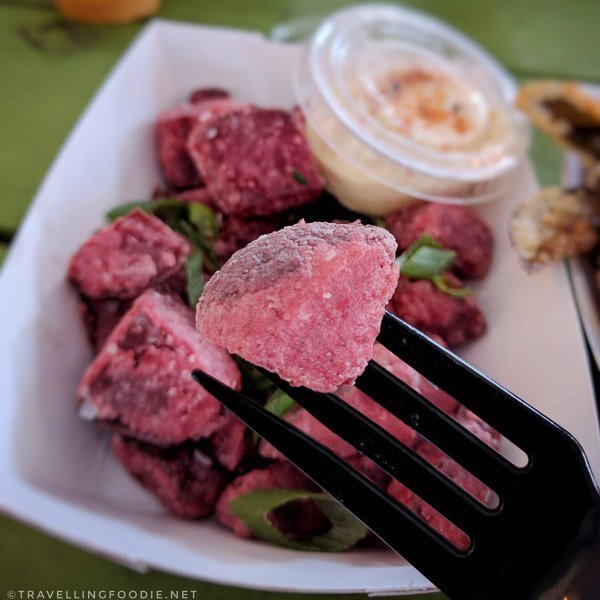 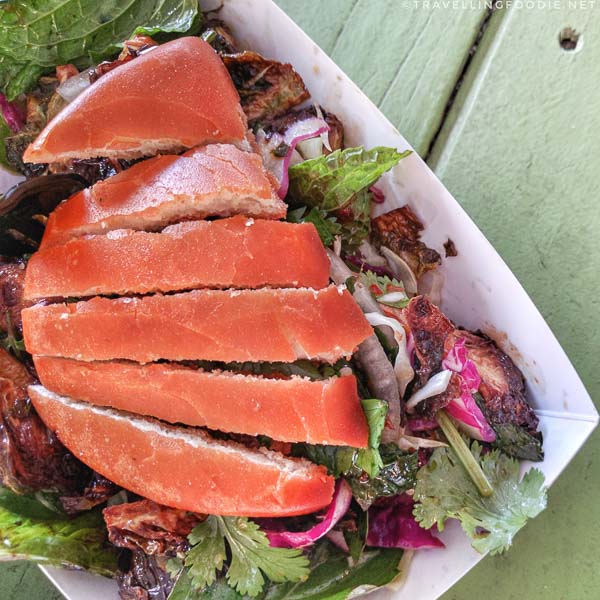 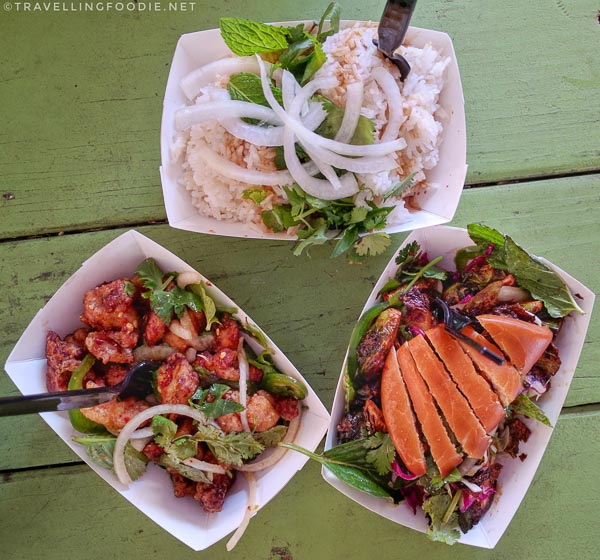 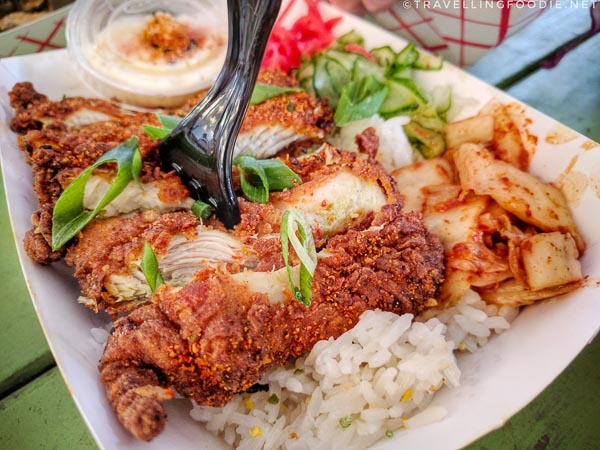 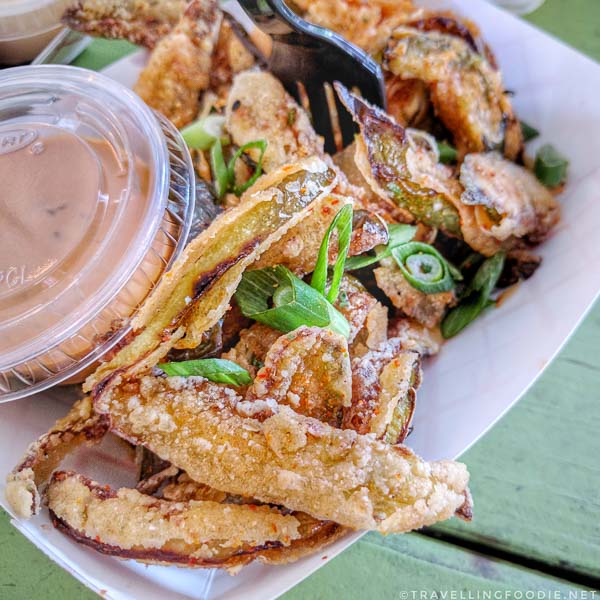 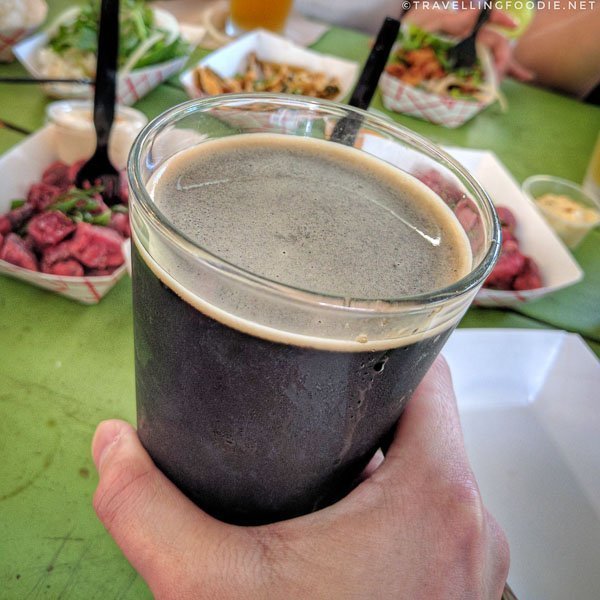 We were so full after East Side King, but the night was young so we decided to check out a cocktail bar recommended by Brandon Watson of the Austin Chronicle, who also joined us for the tour. Small Victory Bar is indeed a small bar. It’s right next to the InterContinental Stephen F. Austin Hotel.

Inside is very dark and intimate. When you enter, the left side is the bar with a row of bar seats and on the right side is a line of 7 tables good for 2-4 people each. At the end of the bar to the left is a round table good for 7-8 people.

One thing that’s interesting in the bar is you’ll find liquids stored in beakers which are used in making the cocktails. 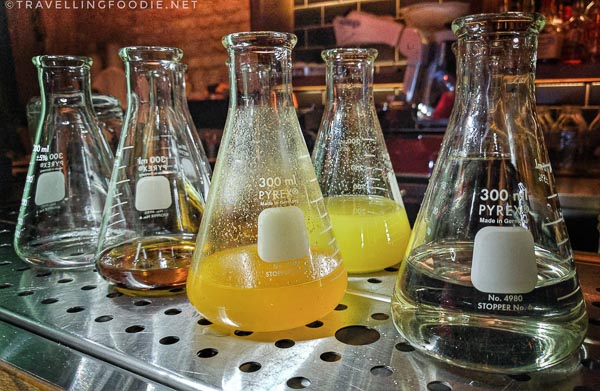 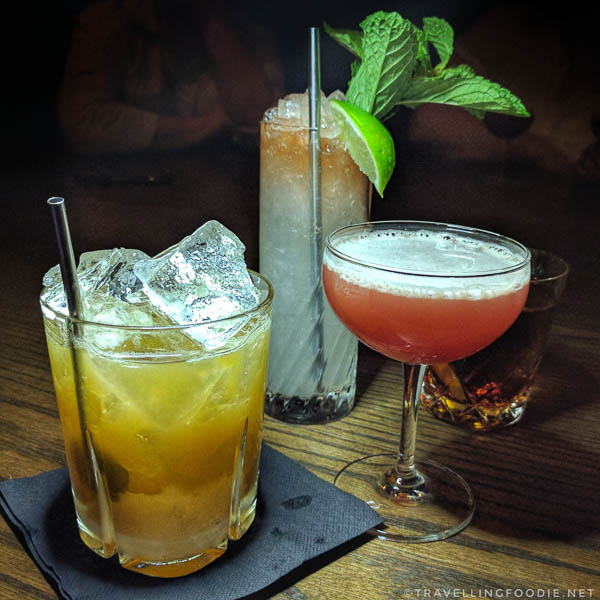 Bold Food is having another Austin Tour in September 2017! Check it out here.

DISCLAIMER: Though the tour was provided complimentary by Bold Food, all opinions are my own.