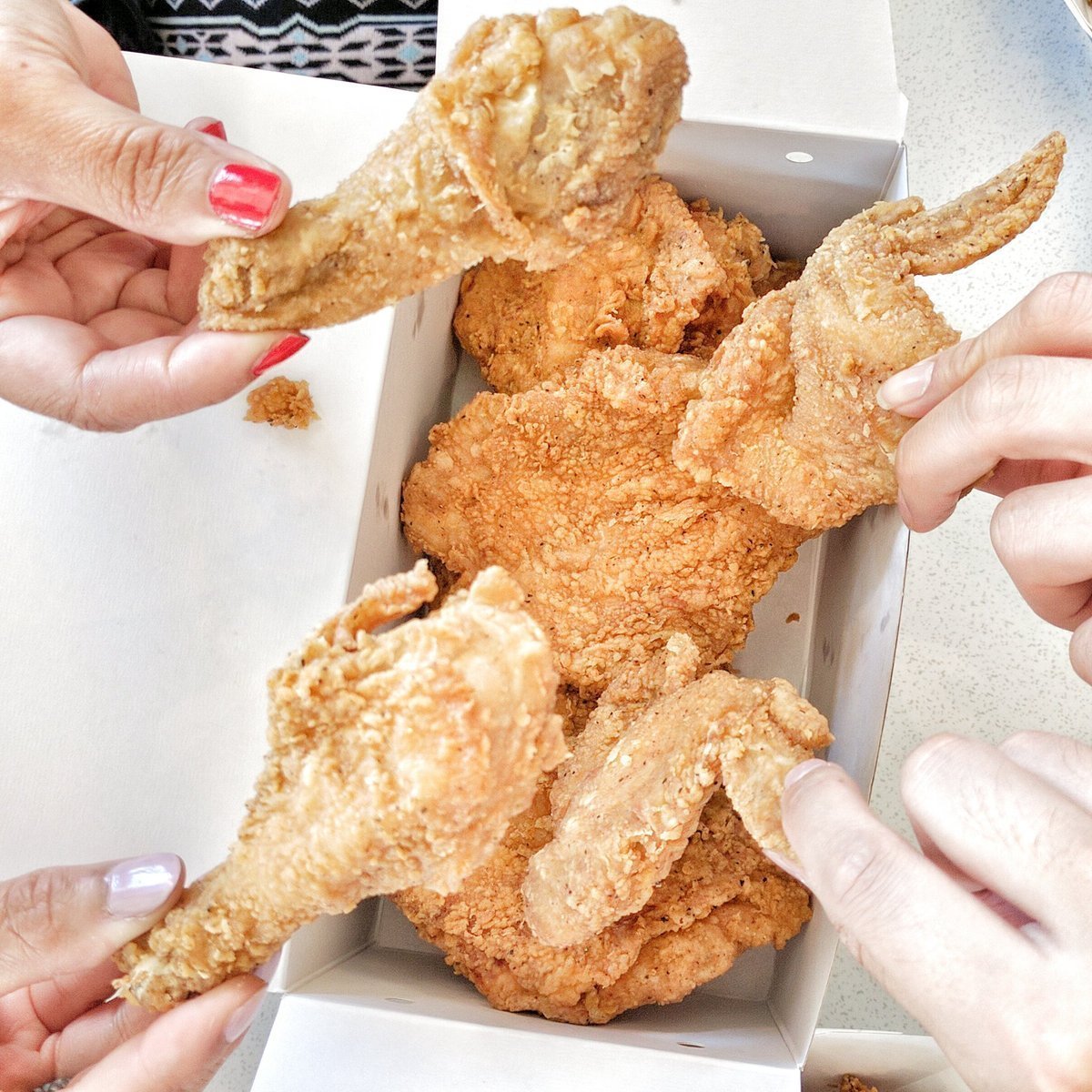 Mary Brown’s did a Grand Re-Opening of their Dufferin Location in Toronto on Saturday, June 25, 2016. It was a huge family-friendly public event with wide media coverage and celebrity appearances, along with a fried chicken feast to remember!

To celebrate the Grand Re-Opening, the first 100 customers at the Mary Brown’s Dufferin location received a free Big Mary sandwich every week for a year!

There were huge lineups outside when I arrived, and I was told there were actually two people who camped outside the night before at 11PM! Now that’s some Mary Brown’s Love right there!

I was the first foodie to arrive. Since I was starving, I helped myself to a Big Mary combo, without knowing I will be eating it again later on!

I got the Spicy version of Big Mary which I really enjoyed. The only difference with the Spicy is the sauce had some spiciness to it.

I personally wished the chicken patty itself had spice though!

That’s when the Mary Brown’s feast began, we got served boxes of Big Marys and Taters for Round 1.

For Round 2, they gave boxes of Fried Chicken.

And the Last Round were servings of Tater Poutine. It was so much fun eating this feast with food-loving friends.

Look at that cheese pull with the Tater Poutine!

As the event came to a close, we were given 2 tickets to the July 20 Toronto FC Game against Rochester as well as free Big Mary sandwich vouchers every week for a year.

Thank you so much to Mary Brown’s for hosting and to Rey of Eat-N-Mingle for inviting me!