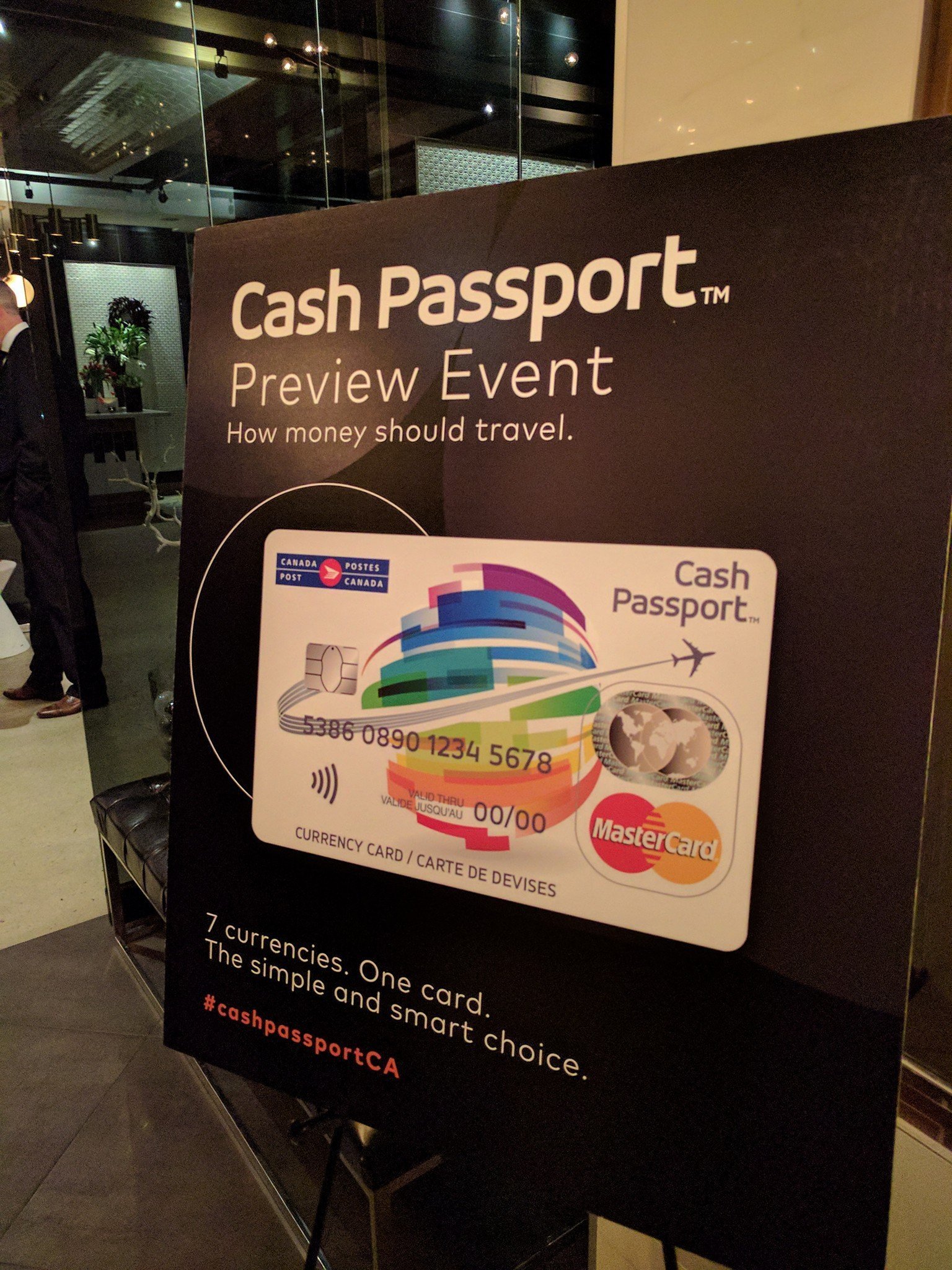 MasterCard Cash Passport is launching across Canada in early 2017 to show us how money should travel. They hosted a preview event on December 7, 2016 at The One Eighty, formerly Panorama, in the Manulife Centre building.

The event was quite interesting. Being in the theme of world travel, the venue was decorated with airplane windows on the windows, and the servers were dressed up as cabin crews or pilots.

MasterCard Canada President, Brian Lang, gave short remarks about the payment industry in Canada, the MasterCard Cash Passport and then introduced Lisa of Canada Post, who discussed Canada Post and Canada as an emerging market for the payments industry.

We got to learn about the exciting features of the Mastercard Cash Passport:

Food was catered by Eatertainment. There were food stations and roaming hors d’oeuvre from various countries.

The Japan station was serving sushi bar with a selection of maki rolls and nigiri. The Spain station was serving Mediterranean Paella, which was vegetarian paella with peppers, zucchini, onions, peas & black olives in saffron rice with a chicken, chorizo and shrimp in a roasted pepper sauce.

Disclaimer: Although the event was courtesy of Mastercard, the opinions expressed here represent my own and not those of the companies.