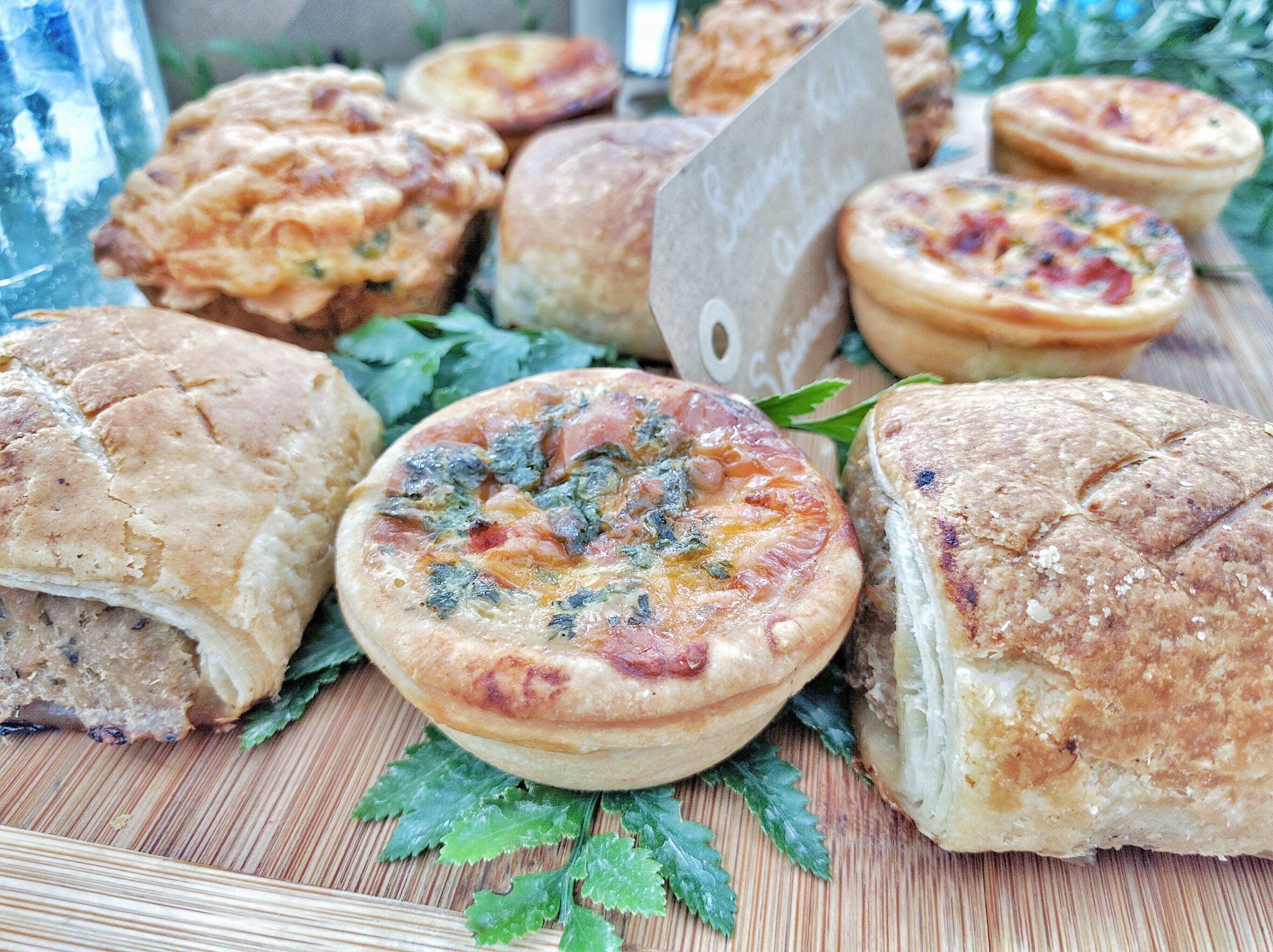 With its rebranding in Toronto, North Shore Pie Co. hosted the Taste of New Zealand event on September 14, 2016 at Hemingway’s. The event featured delicious New Zealand cuisine and drinks for guests to enjoy.

Anthony Spinley expanded the New Zealand classic and hearty savoury pies in Toronto to introduce the pies to Canadian ambassadors and to bring home back to New Zealander expats.

In 2015, North Shore Pie Co’s Roncesvalles location opened. He quickly built a name for himself and his country in Toronto with his pies, as well as sweet treats from New Zealand such as Lamingtons and Afghan biscuits.

Look out for a flagship location in Etobicoke in January 2017 – this will include a wholesale pie kitchen and dining area!

At the Taste of New Zealand event, there was a display table with the pies, pastries, quiches and desserts with a backdrop of New Zealand nature. This was a great way for us to take photos without worrying about the quality of food later on.

When the tasting started, there was a short introduction from On Q Communications and Anthony Spinley.

After which, we got to enjoy a three-course meal. Our tables were set up to emphasize New Zealand’s focus on elements of nature: plants in the middle of the table and water vases with plants.

The second course consisted of Steak and Cheese pies and Potato Top with Beef. This course is best paired with Pinot Noir by Oyster Bay Wines.

I tried their Steak and Cheese, which is the hottest seller of North Shore Pie Co. This pie is filled with fresh and tender steak from a local farm.

The steak is doused with mouth-watering gravy, made with herbs, and combined with local cheddar cheese!

The dessert was crisp, light and fruity Pavlova provided by Hemingway’s. It was best paired with the Chardonnay by Oyster Bay Wines.

Disclaimer: Although the food & drinks were complimentary from North Shore Pie Co., Oyster Bay Wines and Mill Street Brewery, the opinions expressed here represent my own and not those of the companies.