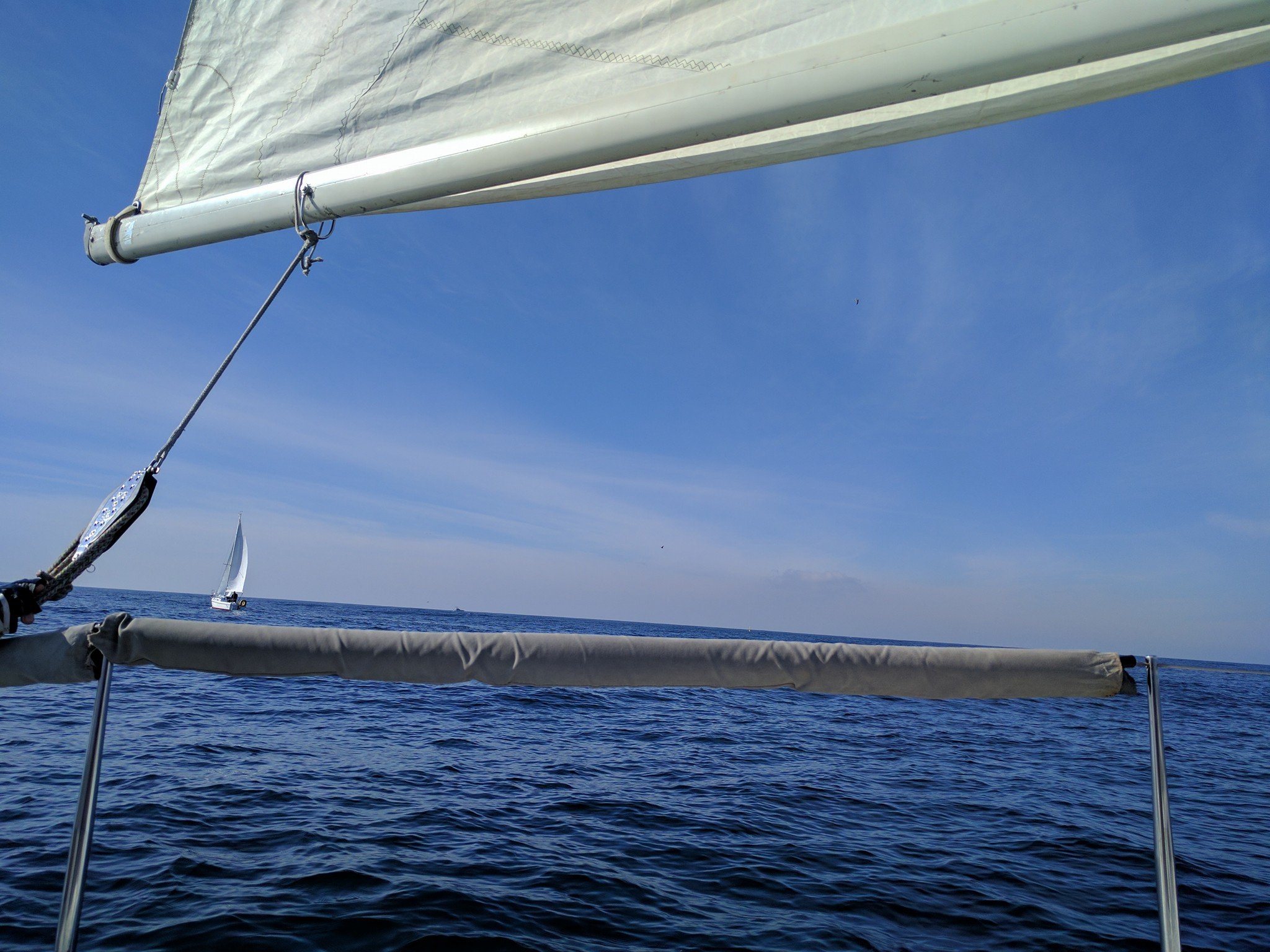 South Bay Sailing is all about sailing. Year-round, they offer charters and lessons for all levels and ages as well as summer camps for kids, romantic cruises and sailing escapades.

For the New Year, my siblings and I were looking for things to do in Southern California. What we ended up was pretty unique for us: our first sailboat ride, right on New Year’s Day!

My brother bought a Groupon for South Bay Sailing in Redondo Beach, which was good for an hour of sailing for up to six people.

Safety is very important when sailing! And, it’s good to know South Bay Sailing had our backs. We were actually supposed to go the Friday before New Year, but the weather ended up rainy and cloudy.

South Bay Sailing’s staff called and recommended we postpone to another day, which we found was a very good service. Since we didn’t have much days left in California, we decided to go during New Year.

We booked a morning slot so that we have the rest of the day ahead of us.

When we arrived, the helmsman was already there. He quickly went thru the paperwork with my brother, and away we went!

He explained the different parts of the boat and where it was best for us to sit. The most important safety tip is learning that the boom can swing on big waves so it’s something people need to be cautious about.

Luckily, the morning was really nice and sunny with clear skies!

The interesting parts for me during the sail were the following:

Overall, sailing with South Bay Sailing was a fun start of the New Year! It was quite relaxing and enjoyable being in the sailboat. I would say even meditative.

This is definitely one of the fun activities you can do in Redondo Beach!