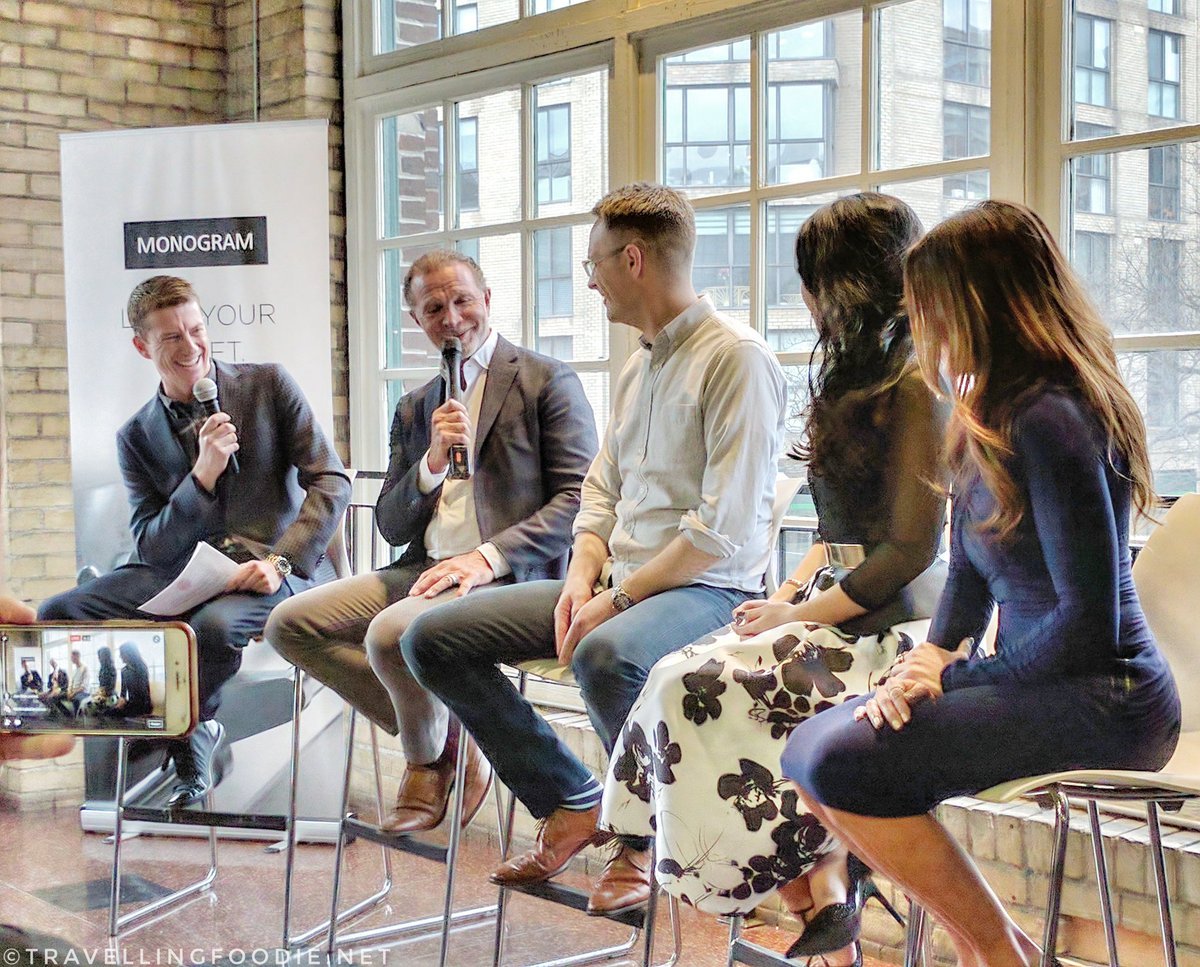 Top Chef Canada: All-Stars premieres on Sunday, April 2, 2017 at 10PM EST. For the first time in Canadian franchise history, Canada’s high-stakes culinary competition, Top Chef Canada, brings twelve chefs from past seasons to battle it out for a chance to be Canada’s Top Chef.

The event was hosted at Monogram Studio inside St. Lawrence Market, and began with welcome beverages and canapes.

The welcome canapes were provided by The McEwan Group which included: Sweet Pea Falafel with kale tabouli and mint yogurt, as well as this Lobster Taco in a beet shell with jicama, lemon & pickled ginger.

There were wines from Beringer Vineyards, as well as Orlando Carreira, AGM and Mixologist at Brassaii, mixing up cocktails from the Monogram Craft Cocktail Menu (left to right):

At the end of the Q&A session, some of the Top Chef Canada: All-Stars chefs were announced and they came out for cooking demonstrations which we got to try.

We got to take home some swag which included a Food Network apron and a Le Creuset Pepper Mill.

This season, the returning twelve chefs unpack their knives and fight for a chance to win a $100,000 grand prize courtesy of Interac Flash and a Monogram kitchen valued at over $25,000.

Here are the 12 chefs returning to the Top Chef Canada kitchen for a second chance at winning it all: