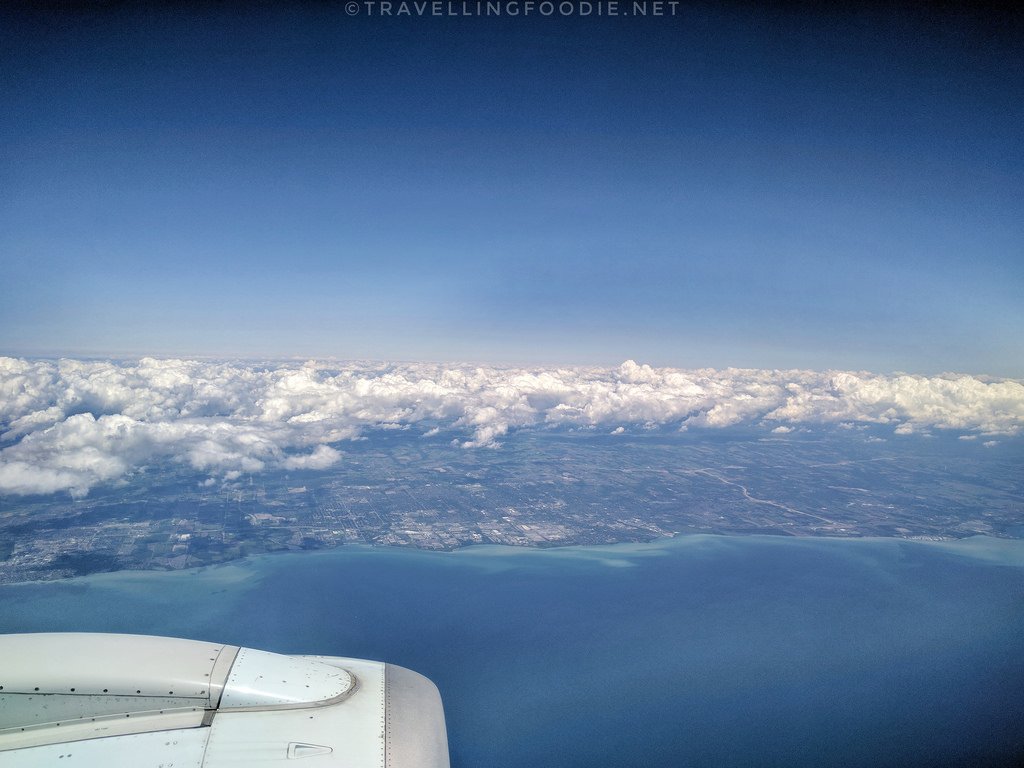 I had an exclusive interview with Travelzoo Canada General Manager, Lara Barlow, to discuss 2018 travel trends and top destinations for the cost-conscious but savvy traveler.

New year means new plans for travelling. One thing we always want when travelling is finding reasonable deals in the process, especially when we’re on a strict budget.

Lara is the General Manager at Travelzoo Canada for almost 9 years. She loves what they do at Travelzoo because she can connect with it so closely.

She is an avid traveller herself and, at this stage in her life, she is looking for experiences with family and friends and has been downsizing on material things. Therefore, she finds it serendipitous that she’s able to lead a company to bring great deals and exclusive experiences to others.

What made you decide to cover 2018 travel trends?

At Travelzoo, we see so many travel offers on a daily basis we can easily decide which travel trends stand-out and which are not.

The strength and quality of deals from a particular travel vertical i.e. air or cruise, may change dramatically from year to year and we are in constant conversations with travel providers and tourism boards to figure out what will be the best value for our members’ money because we can only send the best to our audience.

This means we turn away a lot of offers that are just not strong enough. This puts us in a great position to comment on what is hot (in terms of value) and what is rising in price.

What sort of criteria did you consider when selecting these travel trends?

When looking forward to predict drops in rate, we look at markets that are fantastic in and of themselves, and many travel editors can provide overviews of great destinations.

Travelzoo likes to include a few that are lesser known in keeping with our desire to get you to get off the couch and trying new things, whether it is a new destination, a new restaurant or a new show.

Another thing that Travelzoo adds to the mix with this analysis is an assessment of the potential value of the destination in the coming year specifically so that we can recommend destinations that are not only fantastic, but have timely value.

Hotels and airline routes are two things we look at in doing this assessment.

Markets that have a rise in the number of hotels in the coming year (either hotels being renovated will be finished or new hotels will launch or both as is the case in Montreal in 2018 or in Rio in the lead-up to the 2016 Olympics) there may be some deals to be had for consumers.

An increase in hotel supply in a market that is lesser known (therefore the demand for the hotel rooms is not quite there yet) may create a market where hotels need to lower rates to fill that new capacity. This may mean that consumers will have access to deals.

There are a number of other factors that are considered in determining travel trends including buzz around the destination but it’s an art as much as a science so it helps that we see so many offers every day.

Also Read: Cannon Beach & Haystack Rock, One of the Best Beaches in Oregon

Direct flights from Vancouver, 18 new hotels under construction and a Canadian loonie essentially at par make travelling to Australia easier than ever.

Last year, Air Canada announced plans to launch its first non-stop flights between Vancouver and Melbourne on top of existing direct flights to Sydney and Brisbane. What makes Australia such an attractive destination for Canadians?

Australia had three of the top 10 most livable cities in the world this year with Melbourne at the top of that list. Because our dollar is on par, we don’t pay a premium for travel.

Canadians may also find they have a common perspective, our point of view to Australians, possibly due to our similar start. I have a global family with roots in Australia, England, Argentina and Spain and often find that at family gatherings it’s the Canadians and the Aussies who naturally congregate.

Also, Canada and Australia have done training and recruitment programs. Finally, Australia has a great combination of world class cities and truly unique natural features in its wildlife and landscapes.

Young people under 30 may also be eligible for a temporary visa to holiday and work in Australia for up to a year. This encourages cultural exchange and closer ties between Australia and eligible countries.

The emerging spot in Central America or the Caribbean is Belize. New hotel resorts are springing up and direct flights are available through Air Canada or Westjet.

Why is Belize suddenly becoming an emerging spot?

Belize has always had a sort of cult following amongst Canadians, especially around its snorkeling and scuba diving, and is more and more being used as a location for semi-retirement.

The government of Belize wants Canadians (and Americans) to bring their retirement money and spend it there and they are making it easy by waiving of duties on certain assets when you arrive in and invest in Belize.

The airlines have taken notice in the increased interest and direct flights through Air Canada and Westjet will make it much easier to get to. That competition will also bring down prices.

How do you think this will affect tourism in existing spots in Central America or the Caribbean?

The Caribbean is always at the top of the list (alongside the US) as the number one region to visit for Canadians so I don’t see that being negatively impacted.

Both are a hotbed of tourist development, with new attractions familiar in the west — LEGOLAND, Lionsgate Zone, the Louvre Abu Dhabi museum among them — and 83 new hotels set to open this year.

I think that in order to access the American traveller there is a benefit to providing the ‘known’ brands within the new location. There will still be access to the attractions that are unique to the region.

83 new hotels seems a lot. Is demand for hotel accommodations that rampant in Abu Dhabi and Dubai when there are alternative options like Airbnb already?

The majority of the population in this region are expat so as word has spread about what the region has to offer demand has increased somewhat. The rate of supply growth is outstripping demand though (at least in the short term) offering opportunities for great deals.

With the addition of 13 new boats this year, there are now 184 river ships sailing Europe’s rivers, with 26 new ships ordered for 2018 — and these vessels are being made as big and green as possible.

What makes Europe’s river ships highly attractive as a means of touring to justify this big increase in ships?

For the last few years we have seen Europe river cruise exploding because the interest in the destinations is there and now you only have to unpack once while seeing several great destinations in one trip.

The cruise lines are also expanding their thinking about the type of consumer they can serve, and are customizing the experience to provide experiences better suited to millennials i.e. U by Uniworld, and families, where in the past it was very much an older demographic only.

With recent news of passengers getting sick in cruise ships, do you think it will affect this trend?

I do not. Certainly not amongst the Travelzoo audience who are frequent travellers.

We have found that news items such as terror attacks, Zika virus, sickness on a cruise shift have a very short-term effect on interest in the destination or cruise.

It is expected that 2,000 new hotel rooms will open in Montreal this year, making it relatively easy to find a luxury room in one of Canada’s most vibrant cities.

I find that Montreal is a very popular destination even before. What’s different now to cause the expected increase in new hotel rooms this year? Why is the focus more on Montreal than other cities like Quebec City?

There were about 1000 hotel rooms taken out of the market over the last few years with the closing of the Fairmont Queen Elizabeth for renovation (amongst others).

With the dollar fairly low v.s. other countries the major cities across Canada including Toronto, Vancouver and Montreal have seen significant increases in occupancy and rate.

New hotel builds started years ago will launch this year, and with the Queen Elizabeth coming back online the room supply will be particularly high in Montreal v.s. Quebec City.

Why do you think the demand for increased hotel rooms more on luxury rooms instead of budget accommodations?

There is a mix of hotel levels coming online with the focus on luxury. I think that it is the budget hotels that have likely been hit hardest by the sharing economy and Airbnb.

If you are someone who prefers to stay in a hotel you are more likely to prefer having access to service and amenities as well as an upscale experience.

Travelzoo members tell us that they want to stay in accommodations that are nicer than their home when on vacation. The renovated cruise port will also increase the number of Americans travelling by cruise to Montreal and staying before and after.

The disparity in the US v.s. Canadian dollar gives them an automatic discount, meaning they can afford to pay more in CAD than they would at home in their own currency.

I noticed the list of travel trends had no destination in Asia. Why is that? Are you able to think of a potential travel trend for Asia?

We list China as one of the hottest destinations last year and it continues to provide fantastic opportunities for deals this year from across Canada.

Being a travelling foodie, culinary aspects of travel is also something I love to discuss. 2017 saw a huge growth in culinary tourism as travellers and locals alike, especially foodies, are starting to seek out food thanks to mediums like Instagram.

Do you see any travel trends in 2018 that are related to culinary?

We are seeing travel trends that more and more people crave authentic experiences when they explore new destinations. The escorted tours category is benefitting from that hunger (pun intended).

These are tours that provide truly unique experiences (most often including food) in order to deepen the cultural connection for those who want a taste of something different.

This can include trips to local farmers’ markets, cooking lesson by locals, a focus on star chefs as part of the value proposition offered on river cruise ships etc.

Food is also being used as the centrepoint for increasing hotel occupancy during low season.

While Toronto’s Winterlicious focuses more on getting locals Torontonians out to dine in slow season, Dine out Vancouver has a strong focus on attracting guests from out of town with Chef exchange programs, hotel packages, and advertising in other markets.

I think we will see more and more of that.

Which of these travel trends are you most interested in?

Huge thanks to Travelzoo Canada for letting me do the interview. You can learn more about them here.